How does Fraxel work?

Fraxel resurfaces the skin by causing controlled micro-injury. Results develop as the body heals itself, replacing the old, damaged skin cells with new cells, increasing collagen production and breaking up pigmentation and textural issues. Fraxel is a non-ablative laser, meaning it heats the targeted tissue without destroying it. Fraxel is appropriate for moderate sun damage and pigmentation. You will also notice improvement in textural issues, such as pore size, fine lines, scars, wrinkles and creases. Fraxel may be used on most areas of the skin, including the hands, chest, legs, arms, back, neck and face. It is possible to treat multiple areas of the skin in a single session. 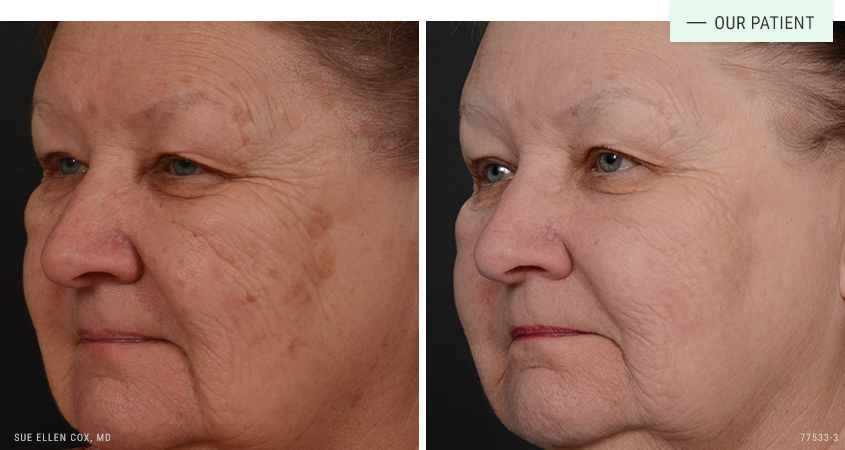 Before | After: Fraxel addresses stubborn sun damage and pigmentation, as well as brightens the skin. 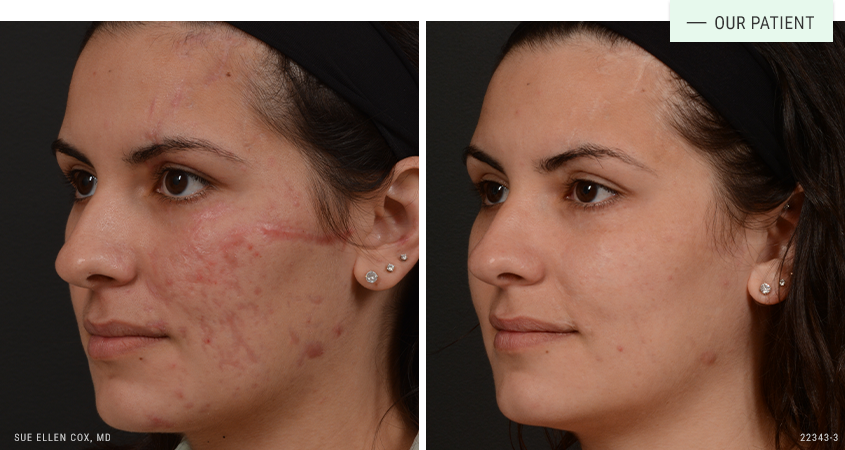 Before | After: A combination of Fraxl and Vbeam reduced the appearance of facial scars after a car accident. 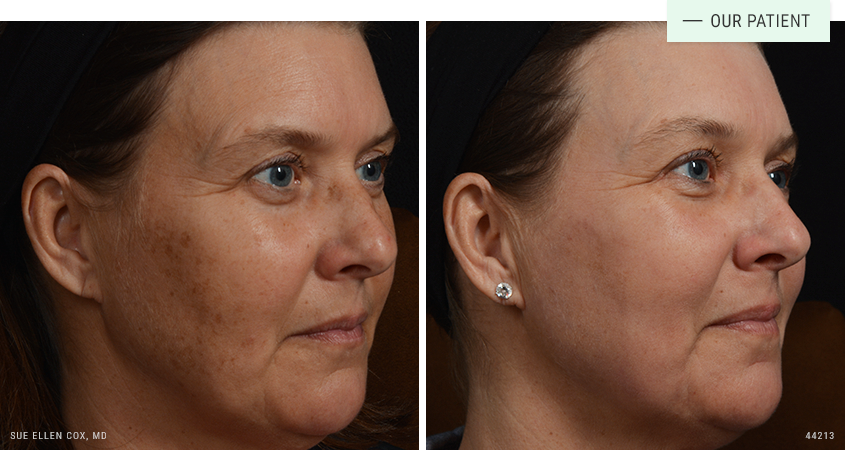 Before | After: This patient received one full-face Fraxel treatment to address sun damage and diffuse brown pigment.

The FDA has cleared Fraxel Dual to safely treat a number of issues related to skin texture, tone and pigment. Fraxel has an excellent safety profile. Like any surgical or non-surgical procedure, there are risks. As a teacher and trainer of other physicians in laser procedures, Dr. Cox stresses the importance of finding an experienced physician who understands the finer points of laser treatment.

Prior to Fraxel, a topical numbing gel will be applied to the treatment area. This will minimize discomfort during the procedure. The procedure itself typically takes less than 30 minutes. Patients report a sensation of heat and may experience mild discomfort.

Fraxel requires downtime. Downtime is characterized by predictable stages that usually resolve within a week of treatment. Immediately after the procedure, the treated area will appear bright red, and feel very warm. Over the coming week, most patients experience some degree of minor itching, dry skin, and peeling or flaking. You may notice that your skin appears to have a “gridded” or “pixilated” look. Your provider will give specific instructions about what to expect and how to minimize side effects. Limiting sun exposure is critical during Fraxel recovery.

You will begin to notice an improvement in pigmentation and a brighter complexion in the weeks following a Fraxel treatment. Full results from Fraxel develop over the following months as your body creates new, healthy collagen. Patients are typically happy with results from one treatment. 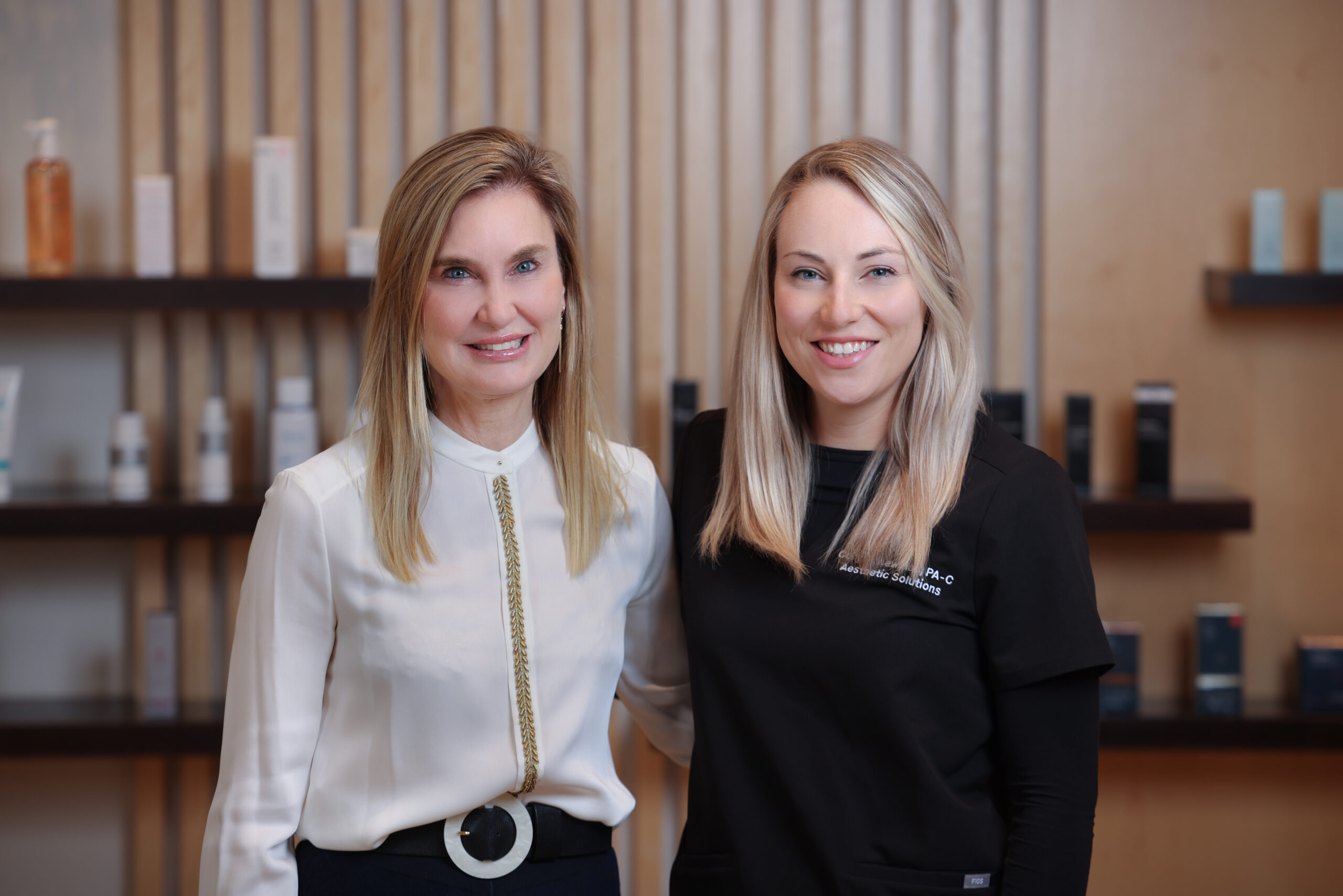 There are no words to express my sincere appreciation to Dr. Cox and her staff for the compassion and expert care that was shown to me after a severe burn at a medi spa. She showed concern for the mental and physical trauma of this experience. I have never received more thoughtful care from any Dr. or staff. She has corrected the damage, which has taken over a year. I believe Aesthetic Solutions to be the #1 practice in the Triangle area for dermatologic care!
Sherri from Wilmington, NC
I had a really great experience and would recommend Aesthetic Solutions to anyone. I felt it was important to leave a review, because after visiting two other providers for a consult and leaving feeling like it was a complete waste of time, people need to know how great AS is. My consult was thorough, Corynn took her time with me, and I left knowing and feeling comfortable with the next steps I was going to take in my skin journey.
Laura from Google
Great procedure. Did way more than I expected! Was not sure I would have this done, but I will definitely have at least a yearly Fraxel done as well as maintenance in between. Very happy with the results!
Elizabeth MacDonald
Dr. Cox is so patient and kind and explains every procedure and takes time to answer all questions. Jamie and [nurses] are very attentive and pleasant. I would recommend Aesthetic Solutions to friends, family and others who have asked me about procedures. I definitely intend to revisit for further procedures. I never felt rushed at any time.
Jocelyn from Apex, NC
I didn't realize how bad my lower arms looked until I had Fraxel. It was almost a miracle - it looks like real skin again! Friends have been astonished. Legs are next!
Lynn Gardner